As cryptocurrencies become more mainstream, a growing number of people are interested in getting involved with Dogecoin.

DOGE stands out because it might be considered “the cryptocurrency for fun.” Dogecoin’sGithub page is full of tongue-in-cheek comments, and the community isn’t afraid to crack jokes about itself. The coin was created as a parody of other cryptocurrencies, but it quickly gained a massive following due to interest from gamers and generous community members.

Dogecoin isn’t perfect, and it certainly doesn’t offer the same kind of “take profit and buy lambos” aura as Bitcoin – but there’s still a lot of potentials for this coin to rise in value over time. Here’s why:

1) Dogecoin is backed by an active community that believes in the fun. If you’re looking for a cryptocurrency that has enough support behind it to survive the years, DOGE might be your answer.

2) Dogecoin has low transaction fees. This is an excellent benefit for people who want to use their coins regularly because costs would quickly add up with other cryptocurrencies. The ability to send transactions without spending much money makes DOGE very beneficial for micro-transactions.

3) DOGE is easily obtainable by just about anyone. Buying cryptocurrencies can be difficult, especially if you don’t want to spend thousands of dollars on Bitcoin. Dogecoin’s low price point makes it very affordable for most people, and the coin could potentially rise to great heights as demand increases over time. 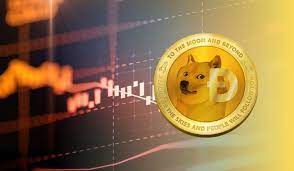 4) Dogecoin has many coins in circulation compared to other currencies with smaller market caps. If you want a cryptocurrency that will make your portfolio look much bigger right away, this might be the one.

5) DOGE isn’t tied down by slow transaction speeds or high fees. It can handle much higher volumes than some other coins, making it practical for businesses, charities, and other groups.

6) DOGE is more accessible than some other cryptocurrencies. If you need a coin that’s available to the public, Dogecoin is one of your best bets.

7) It’s not made by any corporation or foundation. The only thing behind DOGE is the community – which means it can’t be easily altered or changed by anyone who isn’t actively involved with it.

8) DOGE has been around for a long time now, so users have seen what it can do from both a practical and an investment standpoint. That kind of experience could benefit the currency as people begin to understand its value as a digital asset.

9) Thanks to low transaction fees and a large market cap, Dogecoin can be used in place of fiat currencies such as the dollar when making micro-transactions through online platforms (especially where fees would eat at small profits).

10) DOGE is easily obtainable and practical for use in both daily settings and long-term investments. It’s also not hard to see why it’s become so popular: it offers everything people were looking for when they started using cryptocurrencies in the first place (low transaction fees, fast transactions, practicality, etc.).